The good chaps at Kirkus published “5 Nonfiction Books About Science Fiction” on Wednesday, and I was a bit surprised to see only one of the five titles was by a woman. (I should stop being surprised by this, right?). I don’t read a huge amount of nonfiction, but what I DO read tends to be by women, so I figured I could offer some balance to this. (For the record, I loved The Geek Feminist Revolution by Kameron Hurly), which is on the Kirkus list!). 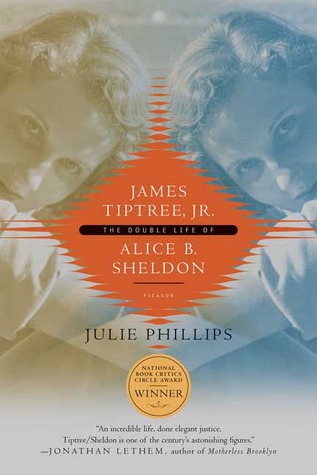 I’m sure there are lots more recommendations out there, from people more widely read in the non-fiction field than I – would love to hear yours!

Not in response to anything this time, other than a comment on my 30 Favourite Fantasy Series list that suggested separating out the SF is hard. So here’s a list of some of my favourite science fiction series. Again, I’m only listing here books I have read (at least some of the series) and enjoyed and which include at least two books in a defined series. I acknowledge I’m rather under-read in SF compared to Fantasy. I have a fairly broad view of what science fiction looks like – basically if it uses scientific ideas to extrapolate in some way on the world we live in, I’ll include it! And that might be a different way to define in than what you use, which is absolutely fine – wouldn’t the world be dull if we were all the same?

Well, that’s me done for a quick overview of my bookshelves and Goodreads. As always, the disclaimer that if I sat down to do this on a different day, I’d almost certainly come up with a different list! Let me know some of YOUR favourites in the comments!

In Response: (more) anthologies worth setting aside a novel for…

*sigh* It’s really not that hard to read outside the box you live in and try to look beyond the big name male editors that pop up all the time attached to anthologies. I won’t deny some of them are good, but when you make a list (like this one), why do six out of seven of the editors named have to be men (and two of them twice!!)? In response, I offer you some alternatives…

That’s what I’ve got for now, after a quick scan of my physical and Goodreads shelves. Not terribly hard to get a bit of diversity happening, am I right? That said, I am all too aware there are many more fabulous anthology editors out there doing amazing work – let me know some of your favourites in the comments!

In Response: 30 of MY Favourite Fantasy Book Series

I won’t claim them to be the “best” of anything, except being best reads I’ve loved over the years. Please note, these are only series I have read and loved over the past 25 years or so. I have not included anything I know to be amazing unless I have read it, I have not included anything I have personally published, and I’ve only noted one series per author (even though for many, they have several I enjoy). And as always, a disclaimer that if I did this exercise again on another day, it would probably be a different list… Here goes…

What’s that you say? There are no men on this list? Oh. Huh. Well, I guess if I tried a little harder, I could probably come up with a bunch of male names to add, because I do, on occasion, enjoy the odd book by a man, but you know what? I think I’d rather let the list stand as evidence that oh look, ladies do indeed write awesome fantasy series and you should totally read some of them. Go on, it’s fun…

So, what would you have on YOUR list? Let me know in the comments!