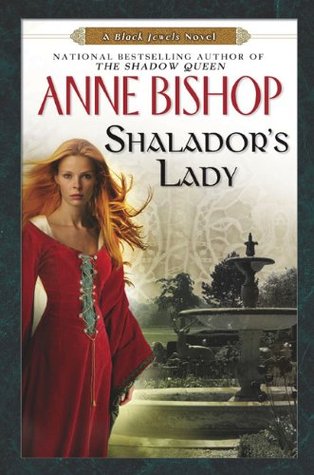 A direct sequel to The Shadow Queen, Shalador’s Lady continues the story of the incumbent Queen of the Territory of Dena Nehele, Lady Cassidy, as she attempts to heal the wounds of her land. Cassidy is still coming to terms with the fact that she might actually be a good Territory Queen when Theran – the last of the ruling family left, and the one who had petitioned for the new Queen in the first place – falls under the spell of a ghost from her past; Kermilla, the Queen who broke Cassidy’s first court. Theran is blinded by Kermilla’s looks and charm – he has never agreed with Cassidy’s methods, and believes Kermilla is the Queen he is looking for. However, the rest of Cassidy’s court disagrees, particularly Gray, Theran’s own cousin, who has fallen in love with Cassidy, and Ranon, second-in-command of her Master of the Guard. With the Sa Diablo family in quiet support of Cassidy, does Theran have a chance of overthrowing Cassidy’s court, and will it really be the best thing for his nation?

Anne Bishop is the mistress of dark fantasy – her Black Jewels novels are always engaging, intriguing, sexy and just a little bit fun. The characters jump off the page and into your heart as you become deeply involved in their lives. Bishop has interwoven her original characters (primarily the Sa Diablo family, including Saetan, Jaenelle, Daemon, Lucivar, among others) throughout the narrative of the later books, which is a great bonus for fans of the series, particularly as they play a genuine role, rather than being add-ons to the story, with the characters continuing to evolve.

Shalador’s Lady had me up until after midnight devouring pages; I simply could not put it down. I just had to know what happened next, and how things would turn out, and the writing simply draws you through the story. I can’t wait to see what Bishop does next in her Black Jewels world – I’ll be first in line for the next one!