Blackthorn is under a geis of sorts to alway provide help when asked, a stricture that has become less difficult for her as we have followed her adventures during the preceding two books. So when the princess Flidais requests that Blackthorn help her with a young woman recently brought to court under unusual circumstances, it isn’t really a hardship. However, when Blackthorn’s companion Grim begins a huge job for the girl’s wealthy father, it soon becomes apparent that there are some very odd things happening. Strange enough to be dangerous to everyone involved, which Blackthorn and Grim cannot turn their backs on. And not only is there a weird and perilous mystery afoot, but Blackthorn’s old enemy Mathuin is also on the move, which terrifies and unsettles her beyond reason. The pair must for the first time fight separate battles – but will they be strong enough to overcome if they are not together?

I have absolutely adored this trilogy (if indeed a trilogy it is – I certainly wouldn’t be averse to more instalments…) and was thrilled when the author sent me an advance reading copy of this book. The world Blackthorn and Grim inhabit is fascinating, detailed and raw, with a rich tapestry of characters weaving their stories on the page. Marillier’s writing is sublime, a gorgeously captivating style that draws you in and simply won’t let you go. This has been one of my favourite fantasy series in a long time, and I will admit to more than once having to stop reading this final book to prolong the experience further (and wipe away tears – it’s that darn good!).

You really don’t need me to tell you how wonderful Juliet Marillier’s work is, with her apparently effortless manner of writing that builds on folklore with astonishingly good characterisation and subtle, clever plotting to create beautiful books. She is a stunningly good Australian writer with a well-deserved international reputation. If you haven’t read her work, the Blackthorn and Grim series is a highly recommended starting point, and you should go out and get your hands on them right now.

I previously reviewed Tower of Thorns. 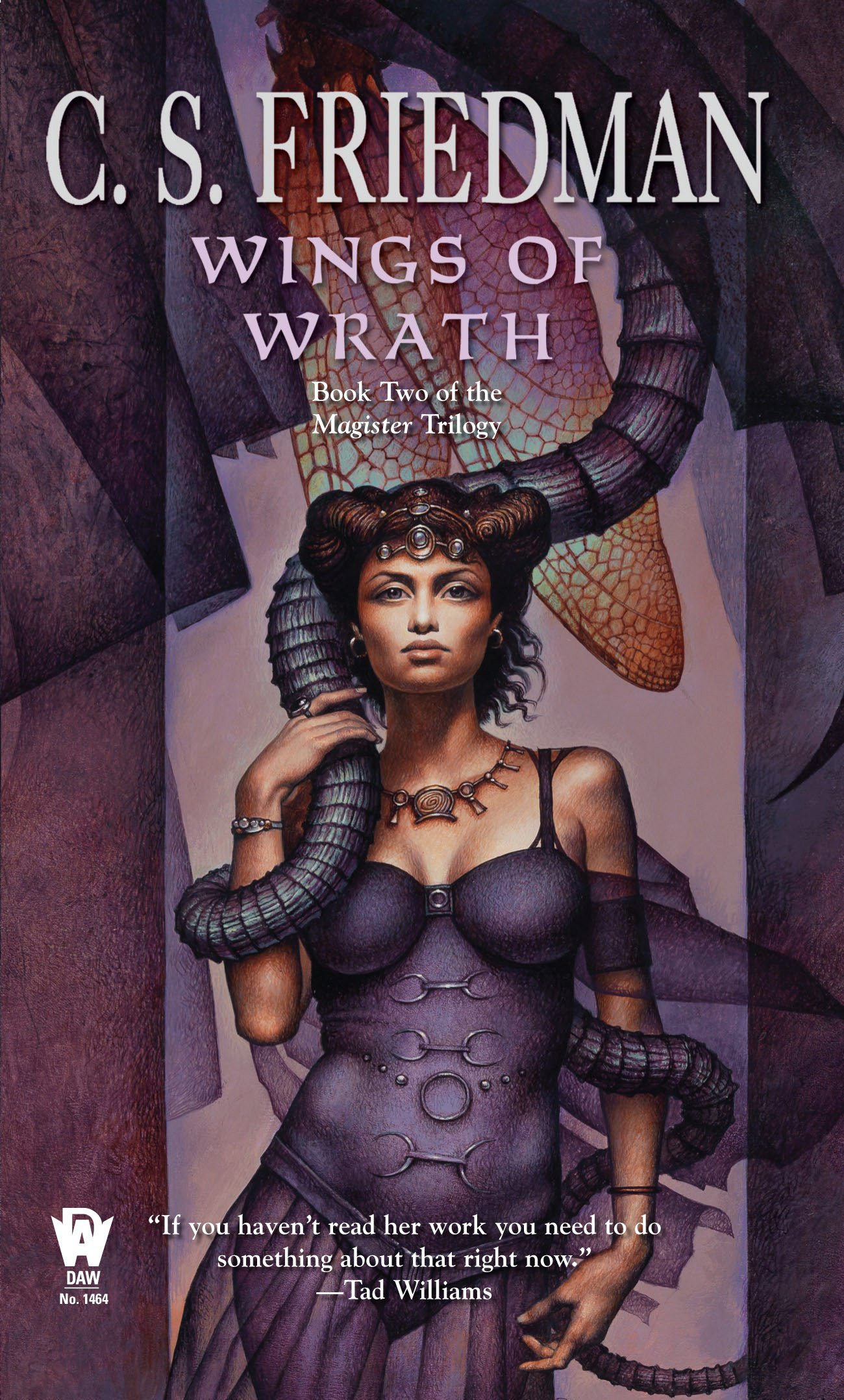 Kamala is the only female Magister in a brotherhood of magicians – except that most of them don’t know she exists and has accessed the secret of their power. Outsiders don’t know the secrets of the Magisters, so Kamala is a massive threat to their supremacy, being not only a woman, but not being as constrained by the rules that bind the rest of them to keep their secrets. Kamala has secrets of her own, and is forced to keep her powers hidden under the guise of witchery, the only other option for a woman with her abilities. She has proven to herself and her master that she can hold her own as a Magister, but the events unfolding before her test her will and her own self-belief. END_OF_DOCUMENT_TOKEN_TO_BE_REPLACED 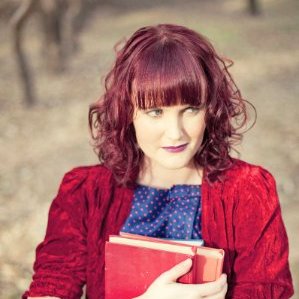 Aimée is a cultural producer, writer, and editor based in Brisbane.  She has a long history of supporting and promoting community arts, working with industrial organisations, community orchestras, and state and national cultural producers – most recently as Public Programs Manager of Queensland Writers Centre (2013-2016), Festival Coordinator of National Young Writers’ Festival (2012-2013) and as part of the Program Advisory Committee of Emerging Writers Festival (2014-2015). Aimée has worked in various capacities with the QWC since 2009, mentoring in creative writing and cultural production. She is passionate about representation, access, innovation, and development of Australian stories.

In 2014, Aimée was appointed Chair of the Australian National Science Fiction Convention 2016 Organising Committee for the development and delivery of Contact2016.

She is creator of Whispers salon – a quarterly reading event showcasing emerging Queensland writers – and Queensland Script House – a craft and business development program for screenwriters.

You ran the Natcon, Contact, in Brisbane earlier this year – what can you tell us about that experience?

So many feels! It was one of the most challenging and rewarding experiences I’ve had in cultural and event development, particularly as we were effectively starting from scratch having not hosted a NatCon in Queensland for 10 years. We were fortunate to have so many talented people generously donate their time and expertise to shaping the event, and I found the NatCon audience to be really supportive of our team. It wasn’t all smooth sailing, but the team did a hell of a job and I am so proud of our group of volunteers. What it did articulate for me was how much the fan community has changed since my first Con in 2009, particularly in Queensland. Each region’s community is vastly different to another, and no two fandoms are the same. There’s a lot going on in pop culture and fandom in Queensland, and it’s a privilege to be able to contribute to that community.

I understand you are finishing up in your role at the Queensland Writers Centre soon. What are some of your biggest takeaways from working there?

I learnt so much working at QWC. Writers Centres operates at the apex of arts, not-for-profit and community sectors, so the work is inherently different every day, the people you meet are so diverse, and you have to be passionate about what you’re doing because it is also one of the most thankless industries. I was fortunate in working with a truly exceptional team of producers, and participated in some incredible projects while I was there.

Some of the biggest takeaways were the relationships and friendships forged as a result, but what I learnt about being an arts practitioner was endlessly valuable.

Can you tell us what are you working on at the moment that we might see in the next year or so?

That’s an interesting prospect! I’m currently working on some smaller projects for production studios, and I’ll be working on some screen projects in the immediate future. Nothing I can talk about publically just yet, but stay tuned!!

I’ve been working with creative collaborator Sophie Overett to redevelop our Lady Parts Podcast and expand into written criticism and events. It’s an exciting time to be discussing representation and access in screen, and we’ll be rolling out some new projects under that banner over the next few months.

I’ve also had a chance to do some of my own writing (shock, horror!) and reengage with my own creative process. It’s been awhile and I have to confess the tools are a bit rusty, but I’m excited to have the time to write!

What Australian work have you loved recently?

Working with so many writers and artists makes this such a hard choice!!

I really enjoyed Daughters of the Storm by Kim Wilkins and am looking forward to reading the second in the series. I’m a big fan of the Kill You Dead Female Character, and Kim writes them so very well. I’m currently reading Orphancorp by Marlee Ward and have heart-eyes everywhere. She writes beautiful prose and such an interesting story. Will keep you posted!

On the art side, I’m ridiculously obsessed with the artwork of Belinda Morris and wish I could wallpaper my house in her current work.

(Due to life circumstances, Aimée couldn’t get her answers back in time for the 2016 Snapshot, but since she gave such interesting ones, I thought I’d share them as a blog interview instead 🙂 )