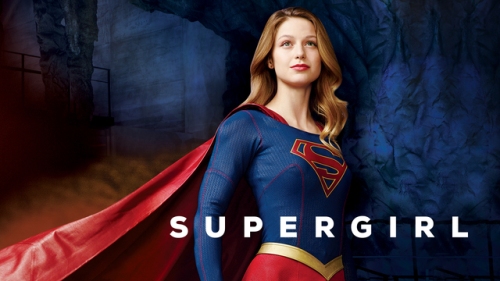 DAVID: The first thing that struck me about Supergirl was how bright and colourful it is! It’s a welcome contrast to the gritty, washed out look that has become the norm of late. It was also reflected in the sense of fun that permeated the show. It wasn’t just that there was a sense of wonder in her discovering her powers, but also just a different feel to the way the characters interacted. It was like everything didn’t have to be brooding or ominous, we got to see them simply being people separate from their other role. It reminded me more of The Flash than something like Daredevil or Arrow.

TEHANI: Agreed! It definitely has a lighter vibe than anything else we’ve seen—for me, that reflected the target demographic the show is being aimed at, but my, so refreshing!

DAVID: However the show that it reminded me of the most was Smallville, which is one of my all time favourite television shows, and still one of the best versions of the Superman mythos that’s been done. So far, like Smallville, Supergirl seems to show an understanding of the core of what Superman/Supergirl is about—and what it really means to be a hero. It certainly has a better handle on it that Man of Steel did! It looks like it is going to follow the Smallville trend of nice little shout outs to the comic and to other versions—we’ve already seen Dean Cain (Lois and Clark) and Helen Slater (Supergirl: The Movie) pop up! I loved playing spot the reference in Smallville, and it looks like that will be a feature. 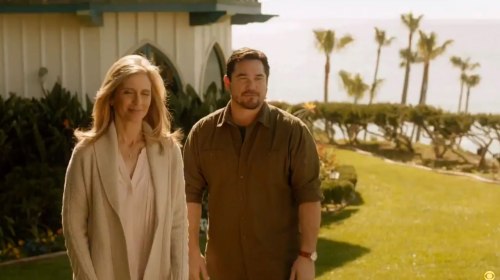 TEHANI: Ahem, so this is where I admit I never really watched Smallville? But it absolutely made me smile with glee to see Dean and Helen!

DAVID: Speaking of casting, I think they have been spot on. When I heard that Melissa Benoist had been cast as Supergirl, I was a little dubious, but she brings an adorable goofiness to the role that suits this version of Supergirl perfectly. It’s great to see Calista Flockhart back in a role that gives her a lot of room to move, and I really enjoy this more imposing version of Jimmy Olsen—a character that has, at times, had very little presence or simply been there for comedic effect (and often as successful at that as Jar Jar Binks). I was interested to see that we have at least three actors who have significant musical backgrounds—Benoist (Glee), Jeremy Jordan (Smash), and Tony Award winning Laura Benanti (Nashville and lots more). Perhaps we will see a musical themed episode! 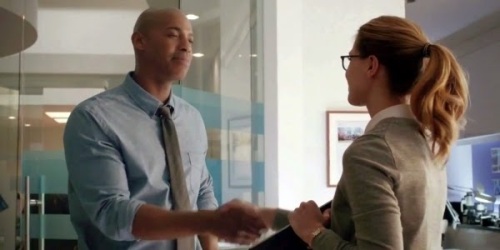 TEHANI: I love the James Olsen character and the way he’s being played, and I also love Chyler Leigh as Alex Danvers, Kara’s adopted sister, and I LOVE the way Calista Flockhart is playing Cat Grant—it’s brilliant! I think the casting choices are excellent. 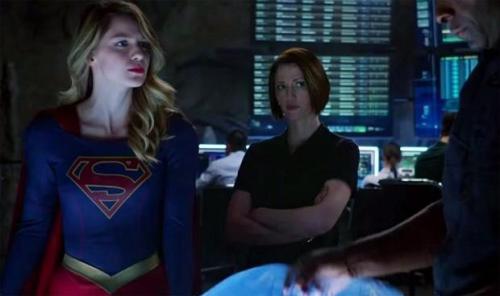 DAVID: I am actually really impressed with the decision DC have made about who this series has been aimed at. Rather than the usual demographic of young men, they appear to have realised that girls are interested in superheroes, too! I don’t mean that in a derogatory sense, but my female friends who are watching this feel that this is something that has been made with them in mind, rather than treating them as an incidental benefit on top the people studios normally cater to. It seems like a no brainer to many of us, but most of the studios have been avoiding a female helmed series or movie as best they can (the closest being Captain America: Winter Soldier which was really a buddy cop movie like Lethal Weapon with Captain America and Black Widow deserving equal billing). Hopefully this is a much needed step in the right direction and, along with shows like Jessica Jones, will herald a sea change in marketing. 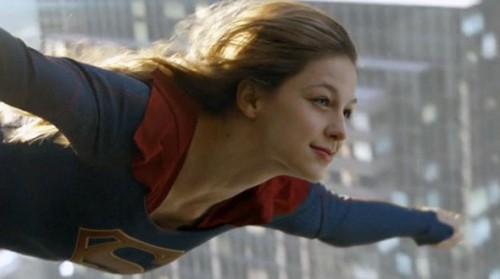 TEHANI: Look, it’s crazycakes—us gals are YELLING for content that has at least got SOME women, let alone someone as the lead. I continue to be particularly disappointed in Marvel for the lack of women—we got Agent Carter, and yes, Agents of SHIELD has some excellent female characters, but the films, and shows like Daredevil, despite being excellent in so many ways, are absolutely woeful for gender diversity (among other diversities…). I really hope Jessica Jones gives us more but we’ve most recently been disappointed by Ant-Man, and by the news that the potentially awesome Captain Marvel movie has been pushed back. DC is doing better, with some interesting and engaging female characters in Arrow, Flash and Gotham, but this is the first time (other than iZombie, which isn’t really a superhero show, despite being great!) that we’ve got ourselves a female-led series. And not just that, we’ve got other women who Kara gets to TALK to and everything! So woohoo DC! 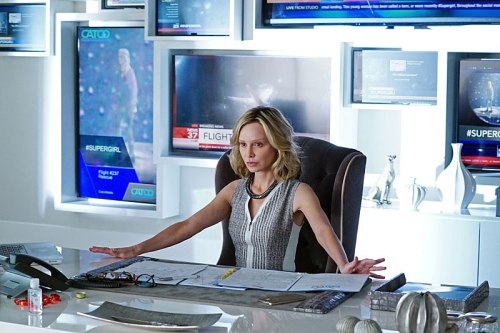 And OH MY GOSH do I love the discussion of being a girl!! Kicking butt, Cat Grant. Actually, I just love all of this. I truly hope that the show continues on the way it has begun—the gentle interrogation of certain superhero media tropes, the clever casting, the jump-in-with-both-feet-and-just-get-on-with-it style—it’s brilliant! Can’t wait for the next episode!