Well, that was the holidays

While I know intellectually I’ve achieved a fair bit these holidays, at the same time it feels like the two weeks have absolutely flown by and I can’t quite believe I have to go back to work tomorrow. Luckily I love my job, so it’s not actually a huge hardship, but boyoboy, I needed that break!

So what HAVE we done? Well the holidays started out with a very social weekend thanks to the Aurealis Awards (I storified them here) and lots of catching up with visitors to town surrounding that. We then spent a lovely few hours on the first Monday having a barbecue with friends out at the Cotter Reserve, which we’d never been to before. But after that, other than (twice) daily swimming for the kids, I spent several days decompressing. For a while there, I just couldn’t focus on anything – I couldn’t finish a book, or even an episode of a tv show! I feel like it was a ridiculously busy term, and even though I enjoyed the work I was doing, what with finishing two books to bring out in March and April on top of everything else, plus Swancon over Easter (and a weekend work conference the week before that), I was just fried. I did very little during the first week but read books and hang out with the kids. I had really hoped to meet up with a few people for drinks, but I had trouble even dealing with emails for a few days, let alone real human interaction.

However, by the beginning of the second week, I started feeling a bit more normal. I went to see Cinderella with Miss 9 (it was, hmm, nice. Yep, that’s about it) on the Monday when husband was (far to briefly) home. Master 2 was at daycare each day still, and Master 5 had daily swimming lessons for the holidays, which got us out of the house nice and early each day. He had a teacher to himself too, which was great! M9 had regular squad the first week each afternoon, but three half day stroke clinics Tues/Wed/Thurs of the second week, so we spent a fair bit of time shuttling back and forth to the pool.

I had some goals for the break, and I’m actually pretty pleased with what I got done.

There was probably more, but that’s what I can remember! 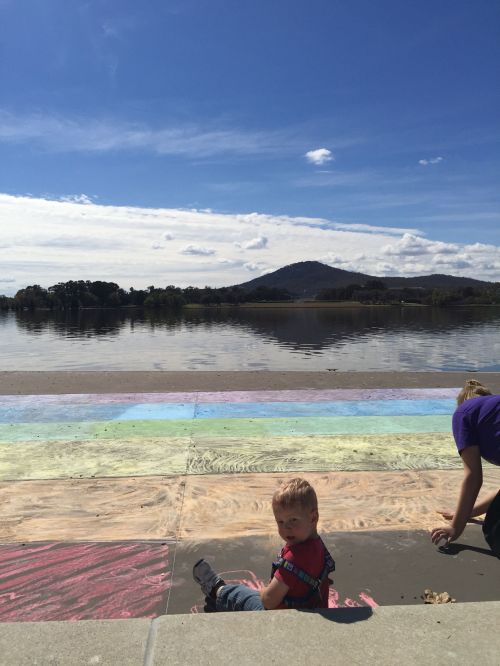 And now I’m back to work for what will probably be another busy term (they always are!) but should be lots of fun too. I have a staff retreat the second week back, which will hopefully keep my batteries charged. Once more unto the breach!

One response to “Well, that was the holidays”